How much was Alexander McQueen worth?

Who Is Alexander McQueen

As a fashion designer, Alexander McQueen defined the mastery that is classic British tailoring with his trademark style of infusing strength of structure with a fragility of form. For his emotionally provocative fashion, Alexander earned the British Designer of the Year award four times from the British Fashion Council and was knighted as a Commander of the Order of the British Empire. McQueen ended his own life in 2010, shortly after the death of his mother.

British fashion designer and couturier Alexander McQueen had a net worth of $30 million dollars at the time of his death, in 2010. He founded the Alexander McQueen label in 1992, while still working as chief designer at Givenchy (from 1996 to 2001).

Born on March 17, 1969 in London’s East End under the name Lee Alexander McQueen, Alexander’s story is a classic one of rags to riches. His family lived in public housing where his father, Ronald, was a taxi driver, and his mother, Joyce, taught at a local high school. During his young years at Carpenters Road Primary School, Alexander started to explore his love of fashion by making the dresses his three sisters wore to school.

When he turned 16 in 1984, McQueen left school with a ‘C’ average in art to start an apprenticeship in Savile Row. Savile Row is an area in London’s Mayfair fashion district known internationally for its made-to-order men’s suits. During his time on Savile Row, McQueen would learn the secrets of British tailoring from established tailors like Anderson & Sheppard and Gieves & Hawkes. It was from these tailors that Alexander would get the skills that later gained him a reputation in the larger fashion world for perfect tailoring.

Some of his famous clients during his time on Savile Row were former Premier of the Soviet Union Mikhail Gorbachev and Prince Charles, the Prince of Wales, into whose suit he once embroidered the words “I am a c**t.” Or so the legend goes.

After four years on Savile Row, Alexander would grow restless with making Men’s wear and decide it was time to move on. After a time with established West End costume designers Angels and Bermans, who infused into McQueen’s designs a flamboyant element, he moved onto the fashion world of Milan.

Originally McQueen applied at Central Saint Martins College of Art and Design as a tutor on pattern cutting. The head of the Masters course program at Saint Martins came across Alexander’s design portfolio and persuaded the designer to enroll as a student at the college. True to his eccentric design style, McQueen used Jack the Ripper as inspiration for his Masters graduation projection. The entirety of the collection was bought by influential London stylist Isabella Blow, a life-long friend of Alexander, whose suicide in 2007 resulted in him dedicating his Spring/Summer 2008 collection to her.

In 1992 Alexander McQueen formally graduated from Central Saint Martins College of Art and Design with a Masters of Art in fashion design.

The 1990s proved to be a dramatically creative time for Alexander, seeing him launch his own successful line shortly out of fashion school and then becoming the creative director of Louis Vuitton owned fashion house Givenchy.

He then moved to the London artist district of Hoxton where he met and mingled with upcoming designers like Hussein Chalayan. It was during these early days that Alexander would meet his “second opinion” Katy England, who after catching her trying to talk her way into his London Fashion Week show, hired her onto his line as a creative director.

Being true to his nature as a lover of all things exotic and strange, McQueen collaborated with experimental Icelandic singer Bjork, who wore the designer’s creations for the cover of her 1997 album Homogenic. This experience seemed to foster a mutual love affair between the two artists for Alexander directed her music video for “Alarm Call” and designed the couture topless gown Bjork wore in the video for “Pagan Poetry,” a personal favorite of mine.

The early collections of McQueen gained him the title “l’enfant terrible” and “the hooligan of English fashion” since they proved that Alexander had a flair for controversy and the ability to shock. Fashion journalist Caroline Evans recalls that McQueen’s collection “Highland Rape” was a “theatrical staging of cruelty” in its recreation of a dark period in Scottish history.

Alexander proved himself as a commercially successful designer with the introduction of his widely famous “bumster” pants, named by McQueen for the extremely low-cut waistline. The “bumster” pants started a trend in low rise jeans for both men and women, and sparked an ongoing debate. Long time fashion insider and owner of Blow PR, Michael Oliveira-Salac says “The bumster for me is what truly defined McQueen.”

Known globally for his lavish runway shows, Alexander brought the art of doing fashion shows to new heights with his Fall 2006 runway featuring a realistic life-size hologram of iconic supermodel Kate Moss draped in yards of rippling fabric floating down the catwalk. A favorite among celebrities is McQueen’s scarf of a silk print using white skulls against a black background.

The experience of running the fashion house Givenchy for luxury brand Louis Vuitton is self described by McQueen as “crap” and he stated it “constrained his creativity.” In 1996, simply four years out of Saint Martins fashion school LVMH President installed Alexander as the successor to famed couture designer John Galliano at Givenchy. In typical McQueen style, Alexander challenged the status quo of the long established fashion house by featuring double amputee model Aimee Mullins striding down the catwalk on intricately carved wooden legs. His most infamous runway was the Summer 1999 collection where a single model, Shalom Harlow, wearing a simple strapless white dress, was spray painted by two robotic guns while the runway rotated under her.

Alexander left Givenchy in 2001 when his contract with the house was up saying “I treated Givenchy badly. It was just money to me. But there was nothing I could do. The only way it would have worked would have been if they had allowed to change whole concept of the house… They never wanted me to do that.”

Gucci bought a 51 percent stake in the designers private line, self tilted “Alexander McQueen,” Alexander wisely put this new capital to work by expanding his line. Within a few short years McQueen had opened stores around the world in places like New York, London, Milan, Las Vegas and Los Angeles. In October 2008 Alexander became the first designer to do a line of make up for cosmetic giant MAC. The line, McQueen, was inspired by the 1963 film Cleopatra featuring Elizabeth Taylor with color shades of blue, green and teal all hand picked by Alexander.

The last collection by McQueen was his Spring / Summer 2010, showcasing scifi-inspired make up and reptilian prints, proved to best with Selfridges chief buyer Anita Barr stating “to be the department store’s best selling collection ever.” His main celebrity patrons include Nicole Kidman, Sarah Jessica Parker and musical superstar Lady Gaga.

Sadly Alexander McQueen ended his own life on February 11, 2010 nine days after his mother died. Joyce, Alexander’s mother had long been the single core stable element in his mad rise to fame.

“I didn’t plan out my life… When people recognize and respect what you do, that’s nice.” Alexander McQueen. 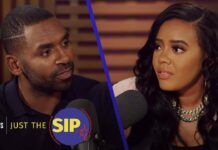 The Truth About Workplace Sexism And Being A Woman In The...