Matt Hamill was a NCAA National Champion Division III wrestler. Yet when he took on Alexander Gustafsson at UFC 133, he was completely unable to land a takedown. Come the second round, Gustafsson really began using those patented striking skills of his, landing kicks, a strong left hand, and then right uppercuts at will, eventually dropping the former TUF contestant. Soon after, ground and pound ended things.

Why talk about this bout? Simply because it put Gustafsson on the map as an MMA fighter worth watching. Here is his story.

Swedish professional mixed martial artist Alexander Gustafsson has a net worth of $500 thousand dollars, as of 2021. Gustafsson competes in the heavyweight division in the Ultimate Fighting Championship.

Date of Birth: Alexander Gustafsson was born on January 15, 1987, in Arboga, Sweden.

As is the case with most high level MMA fighters these days, Gustafsson works with a variety of training camps, including Stockholm Shoot, Gladius MMA, and Alliance MMA. He fights under the UFC banner, and his nickname is The Mauler.

Gustafsson started training in boxing when he was around 10 years old. He was able to achieve a number 10 ranking as a boxer in Europe and defeated the Swedish champion as an amateur before transitioning to MMA in 2006.

Gustafsson made his MMA debut on November 17, 2007, at a SHOOTO event in Lahti, Finland. He defeated Saku Heikola via rear naked choke. In fact, he won his first eight fights, with seven of those victories coming by way of stoppage, before making his UFC debut.

Gustafsson made his UFC debut on November 14, 2009, at UFC 105 against Jared Hamman, a former EliteXC fighter. Gustafsson showed off his high level striking, defeating Hamman in dominant fashion by first round KO. However, in his second fight he took on rising MMA star and former national champion wrestler Phil Davis at UFC 112. Gustafsson found himself dominated on the ground in the contest, eventually succumbing by way of anaconda choke.

Gustafsson is a very athletic and explosive fighter, which cannot be emphasized more. Further, he has great hands, born from his boxing background, and uses them effectively. The reality is, however, that he also utilizes kicks very well, making him an explosive, athletic, and diverse striker.

Gustafsson has improved his wrestling a lot over time. He is very adept at pulling off the rear naked choke in contests.

This Alexander Gustafsson Net Worth profile originated at WealthyGenius.com 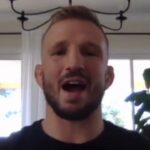 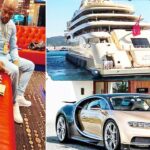