How much is Alex Trebek worth?

Who Is Alex Trebek

Alex Trebek (born as George Alexander Trebek) is the long-time host of the popular game show ‘Jeopardy’. Throughout his many years on television, his career has taken him through multiple roles presenting, acting and guest-starring, but this dream of starring on TV took a while to get off the ground. The 79-year-old was born in Sudbury, Canada (although he now has dual American-Canadian citizenship), now has 2 beautiful children and has made a name for himself. 59 years in the entertainment industry brought him his fame, and he is now one of the world’s, most loved television presenters. Want to know how Alex Trebek got rich and famous? Keep reading for more!

American-Canadian TV personality Alex Trebek has a net worth of $75 million dollars, as of 2020.

How Did Alex Trebek Get So Rich?

The well-known ‘Jeopardy!’ star earned his fame from the popular TV Show, but he started making big money much before that. Whilst his first few television roles were mainly to get his face seen and also to earn enough money for rent, Alex Trebek’s net worth started considerably rising when he started hosting The Wizard of Odds. Even though this show didn’t even get a second season, Trebek’s pay massively increased when he joined this show, as it was nationally recognized Canadian TV.

SEE  Stephen A. Smith Net Worth

The next few shows he presented obviously brought him money, but it was his time on Jeopardy! which not only made him known to the world, but also put his net worth, and annual pay, up into the millions. In 2019, he was paid around $34,000 per episode, making his yearly wage a whopping $10 million, and his net worth is currently $75 million!

When he was 12, Trebek left Sudbury to go to boarding school at the University of Ottowa, and actually stayed there to study degree level philosophy. However, he left pretty quickly after graduation to pursue a career in journalism. He started out with a simple job as a substitute news reporter and broadcaster at Canadian news company, CBC TV. After 5 years working there, Trebek decided that working as a newscaster was not really the journalistic dream which he had wanted to pursue. Instead, he found his way into game shows and hosting.

Although working for CBC had built up a positive reputation for Trebek, it was his first job on Canadian game show ‘Reach for the Top’, which really kick-started the presenter’s career. This was a simple quiz show, which tested teams of high school students on their general knowledge. The show wasn’t the greatest success, but it was this job which really helped Trebek to earn a name for himself and boost his presenting reputation. After Reach for the Top, Alex Trebek went on to host the nationally recognized game show ‘Jackpot’, and worked as question master for three years, before he made his bold change of location, to the city which could make him an internationally recognized figure – Hollywood.

The first big show he presented was ‘The Wizard of Odds’, which at the time was not a massive success, and only lasted for one season. Instead, the show was replaced with ‘High Rollers’, a program that was run by the same crew as The Wizard of Odds, but was a much bigger success and ran for 14 years. His next jobs were split between ‘The $128,000 question’ and ‘Pitfall’, which both ran for two years each. By this point, Trebek had become a nationally recognized presenter in both Canada and the US.

It was his success in these other shows that brought Alex Trebek to his most famous show, ‘Jeopardy!’. The game was created in 1984, by the producers of ‘Wheel of Fortune’. After just one season, Jeopardy! was a massive success, and became the pinnacle of Trebek’s career. Since then, he has gone on to host multiple other game shows and has performed several guest-star roles in other areas of television. However, all that said, that first newscaster role at CBC TV was what really changed the dynamic of Trebek’s career.

Mainly, Trebek’s fame and success has sprouted from his charming and calm on-screen personality. Right from his first news reporter job, he has kept a cool demeanor which has made him stand out to audiences across the globe. However, Trebek says that he could never have come as far as he has without some helpful advice from his family, as well as his own rule for success:

Although Trebek doesn’t give much advice on how to become successful, these are still some great tips, and they are definitely worth following, seeing as the man is now a three-time Emmy award winner and Canadian OC.

Overall, Alex Trebek is an internationally renowned television presenter. His work started out small, but after many different jobs working with multiple TV shows, he has found success and made a name for himself, mainly through the popular game show ‘Jeopardy!’. His success has not only been sourced from his cool demeanor, but also some heart-warming advice that his dad gave him, and his fame has now led to guest-starring roles in shows like ‘How I Met Your Mother’, and comedic parodies in ‘The Simpsons’, ‘Family Guy’, and ‘Saturday Night Live’! 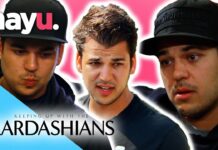 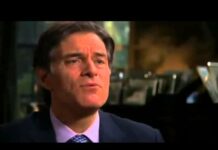 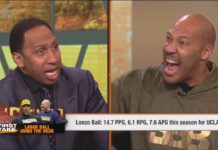 Stephen A. Smith Net Worth 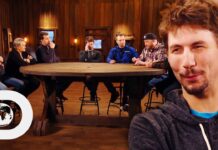 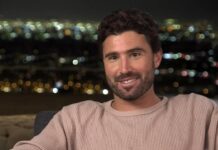 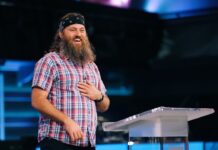 Top 10 Richest Activists In The World

Top 10 Richest Families In The World