How much is Alex Honnold worth?

Who Is Alex Honnold

Alex Honnold is an American Free Climber known most famously for being the only person in the world to free solo El Capitan in Yosemite National Park in 2017. Honnold has many climbing accolades to his name, like the fastest ascent of the Yosemite Triple Crown. Amongst other climbs, he specialized in free climbs and prefers straight routes for his climbs.

Vegetarian and teetotalist, Honnold has also been living in a van for the best part of a decade. Citing that while he doesn’t find the life of living in a van overall appealing, he loves the freedom and the access it gives him to do the things he loves the most, which is climbing. Between climbs, he is an avid runner and hiker to keep fit. He describes himself as being quite militant in personality, anti- religious and an atheist. He would consider himself an environmental activist as well as a feminist. He is an avid reader, often found reading books on environmental issues, classics, and economics.

In 2017 Honnold took the plunge and bought a house in Las Vegas, however, in the middle of trying to get his home furnished, Honnold opted to live in his van out on his drive rather than living in an empty house with nothing in it.

Honnold is most famously known for his free-climbing abilities, here is a list of some of his most famous achievements:

A lot of Alex Honnald’s fame has come from his appearing in films and documentaries, as well as appearing on the Joe Rogan podcast which got over 3.5 million views on YouTube alone.

What Makes Honnold So Successful?

Honnold’s achievements for doing free climbs where most people would need assisted climbs or climb in groups. Free climbing is an unaided form of climbing where the only ropes and equipment is used to prevent falls rather than to aid progress. This makes the previous climbs tremendously impressive to climb achievements. Honnold does not come from a background of climbing, in fact, when he began he didn’t come from any professional background and was unknown in the climbing community. Before people knew it, he’d beaten legends in their times that hadn’t been accomplished in nearly a generation.

This lead to Honnold’s notoriety skyrocketing and thus gained the following awards for his skills in climbing.

Honnold’s net worth is reportedly $1.5 million USD. This is because of the filmography and books are written and produced about his free climbs and the documentation of the process.

Honnold has appeared in many films throughout the years:

2017 Alone on the Wall: Alex Honnold and the Ultimate Limits of Adventure

Honnold has also set up a charity in his own name called the Honnold Foundation. The organisation provides grants for organizations who are prioritizing solar access in countries all around the world. This is something that Honnold has been passionate about since 2012 when he was donating a third of his wage to solar panel projects all around the world.

Honnold is a noted freeclimber and environmental activist who has a passion for tough climbs and a solar future. 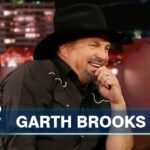 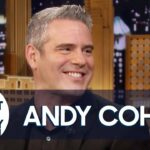