How much is Alec Baldwin worth?

Alec Baldwin is an actor, writer, producer and comedian. In 2020, Baldwin has a net worth of $65 million. He is most notable for his role of Jack Donaghy on the TV show 30 Rock. The actor has balanced movie roles and TV appearances as well as genres tremendously throughout his career, and depending the viewers’ ages and interests, they may know Baldwin for any number of roles. Though he is best known for his role in 30 Rock, it’s very likely that viewers know him better for his role in 1988’s Tim Burton helmed Beetlejuice, or Scorsese’s crime drama The Departed. Though becoming somewhat of a comedy actor, Baldwin has done well to never be type-cast to a specific role.

American actor, writer, producer, comedian, and political activist Alec Baldwin has a net worth of $65 million dollars, as of 2021. Alec is the eldest of the four Baldwin brothers, a family famous for great actors.

How did Alec Baldwin get so rich?

For his lead role in 30 Rock, a television series about the head of a television network loosely based on Tina Fey’s experience with the production of Saturday Night Live, the actor was taking home $300,000 per episode.

The most lucrative roles of Baldwin’s career have most likely been in animated movies, as they have always found the most success. He has lent his voice to several animated movies including Cats & Dogs, Final Fantasy: The Spirit Within, The SpongeBob SquarePants Movie, Madagascar: Escape 2 Africa, which made over $600 million in the box office, and Rise of the Guardians, in which he voiced Santa Clause. Most notably, his leading role as the titular character in Boss Baby has grossed close to half a billion dollars in the worldwide box office.

It was in the late 1980s when Baldwin finally became a known star, as when he scored roles in Beetlejuice, Married To The Mob, and Working Girl. Beetlejuice was somewhat of an experimental movie at heart, using special effects to an extent that had rarely been done in film before. The movie blew up, catapulting not only Baldwin’s career, but also Winona Ryder’s, and it would also pave the way to director Tim Burton bringing Batman to the big screen for the first time. He then acted alongside Harrison Ford in Working Girl and the sleeper hit comedy, Married to the Mob. Astonishingly, all of these movies were released within the same year, 1988. After that, for the next thirty years, Baldwin continued to have a successful movie career, peaking live-action wise with the biopic, Pearl Habour, as it went on to gross $450 million worldwide. Directed by Michael Bay.

The seasoned action director, John McTiernen, gave Baldwin his big break by casting him in the movie Hunt For Red October in 1990. Though Sean Connery was the top billed actor for the film, Baldwin played the protagonist Jack Ryan and the movie became the first of a long list of adaptations of Tom Clancy novels based on the iconic character. The movie was a success at the box office and arguably the last great movie of Sean Connery before his retirement.

In 2010 he co-hosted the 82nd Annual Academy Awards alongside Steve Martin. Along with Martin, Baldwin was praised for his skills as a host by critics after the luke-warm reception to Hugh Jackman’s performance in the previous year. The awards ceremony had 42 million viewers that year, which was five million more than the year before it.

Having perfected both acting and hosting, he does both regularly on Saturday Night Live, which is where a lot of people may primarily know him from, most notably for impersonating Trump in recent Saturday Night Live sketches. His performance as Donald Trump has received so much fanfare that people want him to star as the president in a theatrical movie. If he ever did, it would probably be one of the most successful biopics in cinematic history.

Baldwin has done a great job of surrounding himself with like-minded comedic actors in his career, with most of them being Saturday Night Live alumni’s. Lorne Michaels, the creator of Saturday Night Live, has given Baldwin a standing offer to host the show any time he likes, or at least whenever his schedule permits. Baldwin is one of only two people to receive this offer in the show’s long 45 year run, with the other performer being Christopher Walken.

Not only is it actors that take a shine to Baldwin, but the actor also has a great working relationship with director Martin Scorsese, who has cast him in The Departed and The Aviator. Baldwin also works with Woody Allen often, having acted in three of his movies, Alice, To Rome With Love, and Blue Jasmine.

The biggest reason why Baldwin is so successful is something that many actors could learn from. Baldwin has rarely ever been a leading man in movies, but he has never tried to be and has never forced it on the audience. He instead takes roles with an ensemble cast. When he takes these roles he thrives. The best example of this would be his role in the film adaptation of the awarding winning play, Glengarry Glen Ross. Though Baldwin’s role in the movie is minor, it is riveting and has become the iconic speech that the movie is memorable for. There are many other smaller roles where he stands out, such as his role as the police chief in The Departed.

Alec Baldwin has an estimated net worth of $65 million even despite rarely being the lead character in movies. It is also due to his phenomenal work ethic, switching between TV and movies so easily, and letting his peers take centre stage when he knows it’s the right time.

There aren’t many announced future projects starring Alec Baldwin except for Chick Fight, in which principal photography started in January of this year. However, the shoot may not have been finished it may be postponed due to COVID- 19. Rest assured, it’s almost a certainty that there are several unannounced projects spearheaded by Baldwin as the man is never not working. 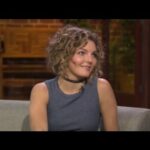 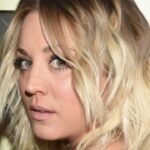