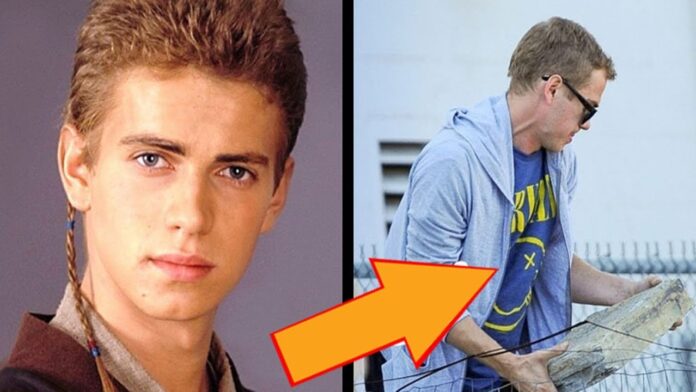 In the world of acting, you usually stick with the profession until the end. This is mostly because once you have your foot in the door, it’s best not to leave for fear of that door locking shut.

That said, there are plenty of actors who decided to ditch the limelight for normal jobs. If they made it out of stardom without losing it, they’re lucky. They’re even more fortunate for being able to put their famous background behind them for normal jobs.

Not all actors can maintain their same level of fame. This is especially true for those who were only babies when their fame took off because there’s no guarantee their skills would improve or even be all that great, not to mention the fact that they might not even like acting.

But that also means some of these people just didn’t have the chops to cut it in the adult acting world. Most of them decided to quit their acting careers to go after something they’re truly passionate about. Here are some of the actors with normal jobs who used to be our all-time faves.

Tracy Turnblad from Hairspray pretty much blew us all away. Her talents for singing, acting and dancing didn’t go unnoticed. Oh! And how could we forget that hair? Starring alongside celebrities like Zac Efron, John Travolta and Queen Latifah was a major milestone in Nikki Blonsky’s career. However, shortly after her time on this movie, she actually decided to become a hair stylist in NYC and now she’s one of the many actors with normal jobs. From Hairspray to hair stylist, looks like she was inspired by her film.

If you didn’t see Willy Wonka and the Chocolate Factory when you were little, did you really have a childhood? This movie, released in 1971, starred Pete Ostrum who played Charlie. Although Pete had many movie offers and extended contracts offered up after his amazing performance, he declined them all. Stardom wasn’t for him and instead, he became a veterinarian, caring for animals of all kinds. We love it!

There’s just no way you made it through your teenage years without knowing who this hunk is. He’s mostly known for his role as Aaron Samuels in the iconic Mean Girls , but he’s played plenty of other roles in his younger days, too. While he had a stint on MTV’s Awkward. and showed off his acting chops on Dancing with the Stars, he’s become a cycling instructor at Flywheel in Los Angeles. Um, sign me up!

If you’re a fan of the American Pie movies, then you know exactly who the Sherminator is. He’s the redhead we’ve grown to love but the man behind the famous role, Chris Owen, didn’t remain in front of the camera. Nowadays, he’s serving up sushi at Sushi Roku in Santa Monica. He claims that sometimes, your plans don’t always work out and waiting tables is what he needs to do.

Although this famous twin has recently announced a return to acting, he wasn’t really in the spotlight for the past few years. Instead, he was a restaurant host in NYC, much to the shock of his fans (and restaurant-goers). The Suite Life of Zack and Cody star didn’t take the job because of financial troubles. In fact, he announced that he’s financially stable and just wanted to gain some new experiences. In his words, he wanted to “fuel his over bountiful video game addiction.” COOL.

If you’ve ever seen The Shining, then you’re well-acquainted with Danny, here. Although he was very young when he got the role of Danny Torrance, he played it well. Despite his major horror film role, Danny decided he didn’t want to be an actor and instead grew up to be a biology teacher at a community college in Kentucky.

The Goonies is quite possibly one of the best adventure movies we saw growing up. And the best person in that entire movie was easily Chunk, aka, Jeff Cohen. He played the loveable, terrified chunky kid who perfected the Truffle Shuffle that we’ve all tried to emulate at least once. Nowadays, he’s not acting at all. Instead, Jeff grew up to be an entertainment lawyer and now he periodically writes about legal matters and business for web publications like The Huffington Post and CNBC. Random.

This Saved by the Bell star had all of our attention playing the role of Tori. However, Leanna didn’t stick with acting and actually went to college for history and film and television. Although she stepped off screen, she’s still pretty active behind the scenes as a producer with her own company, Creel Studio, where she specializes in food, lifestyle and travel content.

Although he played the loveable little brother in Clarissa Explains it All, Jason has since given up his acting career. Instead, he took up software designing and now works for HBO. Even though he’s not on screen, he still plays a part in the entertainment industry.

Full House was a favorite show among just about everyone in the late 80s through the mid-90s. We fell in love with Uncle Jesse and at the same time, we barely understood Kimmy Gibber. DJ Tanner’s best friend and neighbor, played by Andrea Barber, stole all of our laughs. However, she didn’t remain in the show biz forever. Andrea actually ended up attending Whittier College for women’s studies before taking a job in their Office of International Programs. As we all know, Fuller House, the reboot of the old show has almost the entire cast back, including Andrea Barber.

We just can’t seem to get away from those Full House actors! These twins were very young when they appeared on the show as Nicky and Alex, sons of Uncle Jesse and Aunt Becky, but they decided not to stick with acting as they got older. Dylan, however, still remains in the entertainment industry working in the background as a sound technician whereas Blake decided to step away from showbiz for good and become a firefighter.

If you’re not sure who this is, let me refresh your memory. He played the youngest son, Mark, on the 90s hit show Home Improvement. As he got older, however, he didn’t stick with his acting career. After suing his parents, who spent nearly all of his hard-earned money from the show, Taran had to get a normal job to sustain himself. Now he actually owns his own vegan cheese manufacturing company called Playfood.

Our favorite little rascal is no longer on the big screen. Instead of pursuing an acting career, Travis decided he wanted to try out a different career. After quitting acting and moving to Texas in 2002, he got a job as an inbound marketing specialist for a credit union.

Although this talented actor is no longer with us, he didn’t end his career in the spotlight. After acting on Diff’rent Strokes for years, Gary ended up working as a security officer before his unfortunate passing.

Our favorite middle child, Malcom, didn’t continue his acting career for many years after his hit show Malcom in the Middle. Instead, Frankie decided to live life on the dangerous side. He ended up becoming a racecar driver, and a pretty good one at that.

The She’s All That heartthrob we gushed over in the 90s has taken a backseat to acting and has decided to stay behind the scenes. He’s now a director and producer for WWE and has even published a cookbook. His most prized job, however, is his role as a father to his two young children with Sarah Michelle Gellar.

Though both of his brothers, Nick Jonas and Joe Jonas have stayed in the music biz since their days in The Jonas Brothers and on the Disney Channel, Kevin decided to go a different route. After getting married to Danielle Jonas and starring in a short-lived reality show called, Married to Jonas, Kev has turned to the world of app developing to keep up the cash flow. He started an app called Yood which finds the highest rated restaurants and food establishments in your area.

While this cutie was a star of Growing Pains back in the late ’80s/early ’90s, he’s unfortunately fallen from grace in many fans’ eyes due to his controversial, homophobic remarks about same-sex marriage in 2012. During the show, Kirk became a born-again Christian and now he’s decided to dedicate his life to his faith. He became a minister.

Ah, Sixteen Candles. The movie may have been made in 1984, but it’s still a classic. While Molly Ringwald kept up her acting career since the ’80s, this teen heartthrob moved from acting to… furniture? That’s right — he now owns a furniture company in Pennsylvania where he lives a quiet life with his family. Good for him!

Another Little Rascals alum, this 28-year-old former child star officially retired from Hollywood in 1996 and has since started working as a barista at Starbucks while pursuing her degree in political science. She does still live in L.A., however, so she could always return to acting if she desired!

16 Celebrities Who Have The Cutest Fashion Lines

5 Habits That Make You a Genius