How much is Action Bronson worth?

Action Bronson is the stage name of Ariyan Arslan. He’s an American chef, rapper, television presenter, and writer. Also known with the names Mr. Baklava, Bam Bam, and Bronsolino, he began his career in the late 2000s. In the summer of 2012, he signed a record deal with the label Warner Bros Records and then moved to Atlantic Records.

For the past decade, simultaneously with releasing six studio albums and several mixtapes, Action has hosted many talk/variety shows such as The Untitled Action Bronson Show, and Fu*k, That’s Delicious. Most recently, he also became an actor, with his most notable role being in the epic crime The Irishman.

American rapper, writer, chef, and television presenter Action Bronson has an estimated net worth of $17 million dollars, as of 2023. Action Bronson is the stage name of Ariyan Arslan, he was originally signed by Warner Bros. Records in 2012.

The rapper became famous when he released his debut studio album titled Doctor Lecter. He was born on December 2, 1983, in Flushing, New York. Ariyan’s father is an Albanian Muslim, while his mother is an American Jewish. He was raised in his father’s Muslim tradition. He attended the Bayside High School, from which he graduated in 2002. Around the same time, his main hobby was cooking so he found several jobs as a chef.

During the time he was a gourmet chef in New York City, he also hosted his own online cooking show titled Action in the Kitchen. In the mid-2000s, he broke his leg, which abruptly ended his aspirations to pursue a cooking career. In 2008, he began creating his own mixes and started recording songs. At the time, he developed various stage names such as Bam Bam, Bronsolino, Mr. Baklava, and Action Bronson, with the latter being his most used.

In 2011, he released his debut studio album Doctor Lecter, with the title being inspired from the character Dr. Hannibal Lecter from the best-selling psychological thriller The Silence of the Lambs. The studio project was produced entirely by Tommy Mas, a New York City-based music producer, who contributed to the album’s success.

Despite not making that much, we estimate, from his debut album, Bronson was able to impress major record labels with his album and two mixtapes (Well Done and Blue Chips).

One of them was Warner Bros. Records and they signed him to a thousand-dollars deal that also boosted his popularity. Eventually, the rapper left the label and signed deals with Atlantic and Vice Records. With them, he released his first of two commercially and critically acclaimed albums – Mister Wonderful. In addition to entering music charts around the world (including Australia, Canada, New Zealand, and Switzerland), the album also helped Action earn enough to become a bona fide professional artist.

The reason why this rapper and television host/star is so successful is because of his abilities to multi-task. Throughout the past decade, he has continuously released new music. Besides releasing three more albums, including Only for Dolphins, which was released in September 2020, he collaborated with many well-known artists such as Riff Raff, Jody Highroller, Chance the Rapper, and Big Body Bes.

At the very peak of his career, Bronson also began working on television. As of now, he has appeared in several films such as The Irishman and The King of Staten Island. Prior to these appearances, he starred in two television shows that aired on Viceland.

The first one is Fu*k, That’s Delicious, a food travel show that aired from March 2016 to July 2020. The other show was The Untitled Action Bronson Show, which lasted only one year, from October 2017 to February 2018. Ever since April 2016, he has been appearing regularly on the comedy documentary series named Travelling the Stars, in which he’s also a producer.

Action Bronson is a controversial rapper and reality television star. His career started in the 2010s when he signed record deals with labels such as Warner Bros., Atlantic, Vice, and Empire Records. Shortly after his career as a gourmet chef ended abruptly, he moved on to rapping.

As a rapper, he has released six studio albums, two of which gained national and international sales. As of now, in addition to continuously releasing new music, he’s one of the most popular faces on Viceland and other television channels. 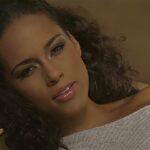 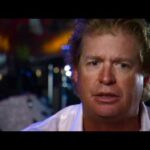