If writing is rewriting (and it is), then the faster you can get the words down, the sooner you’ll have something worth publishing. Some people turn to software, others find it easier to use techniques. Either way, here are some tools, tips and techniques to help accelerate your writing.

If you try to write and edit at the same time you will slow your speed to a crawl. You’ll also miss out on some great ideas and probably not have much fun. The secret is to write badly. Allow yourself to write garbage, at least for your first draft. Throw words down and don’t edit.

For example, if you normally write 1000 words a day while editing, try writing 5000 words of junk with no edits. This accomplishes two things: First, you get your first draft written five times as fast, and second, it won’t be anywhere near as bad as you think it will.

Most writers can talk much faster than they can type. So why not try dictating your novel instead of typing or writing it long-hand?

The choice here is between using a traditional voice recorder (most phones do this), or some kind of voice dictation software. Both involve some post work to get a usable file for editing, but share the advantage of writing at the speed of thought.

If you choose the voice recorder you will need to transcribe the audio into a word processor. This is not necessarily a bad thing as you can do a micro-edit on it at this point and end up with a strong first draft.

Voice dictation software has gotten really good over the past couple of years. It’s especially great when using your phone as a writing tool. There are some great apps out there that are surprisingly accurate at turning your speech into text.

The downside to this method is that unless you are specifying punctuation as you go along, the document will need an edit to get all the periods and commas in the right place. Again, not a bad trade off to crank your words-per-minute through the roof. Plus you’ll be doing a micro-edit as you go.

This is an obvious, but often ignored way to get more words down in less time. Unfortunately many writers never learn to type properly. Sure, they know the keyboard layout inside-out from endless hunting and pecking. And yes, they manage some moderate speed using three or four fingers. But, if this sounds like you, just imagine the blinding speed you could get by really learning to master the skill of typing.

The thing that stops many writers from learning to type is the fact that their current method is “good enough”. They worry that taking the time to learn proper typing techniques will slow them down, at least while they are learning. This is true and unavoidable. It’s also short-sighted. The trade-off of a temporary slow-down for a permanent speed boost is a good one. Find some decent typing-teacher software or take a course and learn to type! 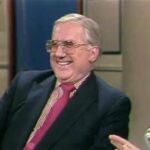